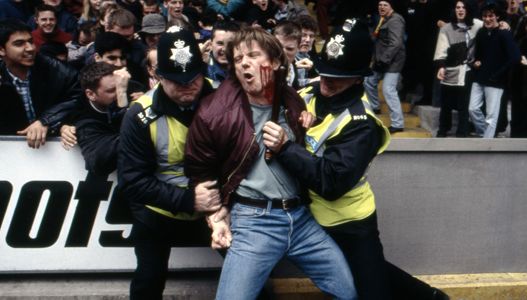 In most of the countries we have a boring and long winter break without football. What to do? One of the options is to stay inside and watch some good movies.

Here is a lost of movies about football supporters and hooligans. Some of these movies made big influence on football fans all over the world.

Yes we know, most of them are not very realistic and show football fans in a very bad light, but still some find it interesting to watch.

List is made in chronological order, from older to newer. Descriptions are taken from IMDB.

The "Brigata Veleno" is a fan group from the football club "AS Roma". The next match is against "Juventus Turin", the classic prestige duel. Principe, the former leader of the group, has been dismissed from jail a few days before. He has to realize that his best friend Red has not only taken over  control of the group, but also has started an affair with his girlfriend. The rivalry between the hot-blooded Principe and the sensible Red causes an  anxious mood within the group. When Smilzo, a member of the group, dies during a street fight with another fan group, Red knows that Principe is to be  blamed for this catastrophe.

Four policemen go undercover and infiltrate a gang of football hooligans hoping to root-out their leaders. For one of the four, the line between 'job'  and 'yob' becomes more unclear as time passes.

The Football Factory is more than just a study of the English obsession with football violence, its about men looking for armies to join, wars to fight and places to belong. A forgotten culture of Anglo Saxon males fed up with being told they're not good enough and using thier fists as a drug they describe as being more potent than sex and drugs put together. Shot in documentery style with the energy and vibrancy of handheld, The Football Factory is frightingly real yet full of painful humour as the four characters extreme thoughts and actions unfold before us.

A wrongfully expelled Harvard undergrad moves to London, where he is introduced to the violent underworld of football hooliganism.

An orphaned Jamaican baby is adopted by an elderly white couple and brought up in an all white area of London and becomes one of the most feared and respected men in Britain, member of the Inter City Firm. Based on a true story.

Set in the 1980s, Dom is a teenager who finds himself drawn into the charismatic world of football 'casuals,influenced by the firm's top boy, Bex. Accepted by the gang for his fast mouth and sense of humor, Dom soon becomes one the boys. But as Bex and his gang clash with rival firms across the country and the violence spirals out of control, Dom realizes he wants out - until he learns it's not that easy to simply walk away.

On the Wirral in the grim early years of Margaret Thatcher's premiership, the opportunities for thrill seeking young men looking to escape 9 to 5 drudgery are what they've always been: sex, drugs, rock n' roll, fashion, football and fighting.

Italian movie about ultras. Really nothing special, but ok to watch if you are bored.

A bar fight leaves up and coming footballer Andy injured and out of the game. Needing an income to support himself and his wife, he buys an ice cream van and sets to work. However, he soon finds himself battling intimidation from Polish gangs who use ice cream vans on their patches to sell drugs. Needing protection, Andy allies himself with a gang of British gangsters who introduce him to the world of football hooliganism. Soon Andy finds himself engaging in terrifying violence and forced to sell drugs from his own van. Desperate, he searches for a way out before the world he has entered destroys him.

New Italian movie available on Netflix! More about it HERE.

If you got any other movies that we missed, please write in comments. Thank you :) 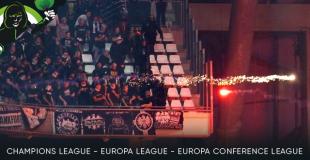