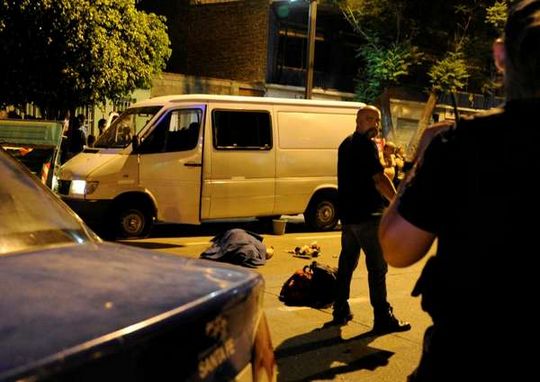 Besides the two Newell's fans, a 29-year-old woman and a nine-year-old girl traveling in the same vehicle were wounded in the hail of bullets fired from a motorcycle by the assailant, who was wearing a T-shirt of the Rosario Central club.

Two men aged 34 and 39 were killed, police said. Shortly before the shooting, the driver of the vehicle and the man on the motorcycle had been arguing as they drove along near Newell's stadium Sunday night after a match between Newell's and Lanus.

Fan violence at Argentine football matches has grown so dangerous that authorities have banned fans from rival teams from games, restricting attendance to club members.

In 2013, nine people have lost their lives in violent confrontations between football fans, and in 2012 a dozen people were killed.